Step Aboard made its début in 2018 in Milan, the city that inspired its first line of perfumes for the hair and the body. Contemporary jus, created to be practical and versatile, thanks to the introduction of an advanced dispensing technology. The collection’s clientele has neither age nor gender.
Step Aboard Milan is an invitation to discover a new culture and trend of perfuming hair and body at the same time. Let it carry you off to amazing destinations!

HOW IT WAS BORN

The project came to life in 2016 in Parma, city of perfume par excellence, thanks to the encounter between young people of various nationalities who took part in a specialised course on perfumery and the world of fragrances held by Mouillettes & Co. During the course, Georgiana decided to fulfil a dream, of creating a new way of living and using perfume.
During this educational experience she met Daniele and the two came together in a friendship based on mutual esteem and respect. Georgiana invited Daniele to take part in fulfilling her new vision.
They both attentively observed the various crafts of perfumery and appointed the best professionals in the sector to bring a work to life, choosing the most sought-after materials. The two worked together in creating a new contemporary concept of perfuming, a brand recognisable among the tribe of urban citizens.

Born on the Danube, she grew up in the culture of ancient Dacia and then arrived in North Italy at the age of 19, determined to follow a high-profile university experience. So she dedicated herself to studying foreign languages and literature; she won a scholarship and finished a part of her studies in France, where she came increasingly into contact with the refined French perfume culture, founded on a great tradition.

HERE’S WHO THE CREATORS ARE 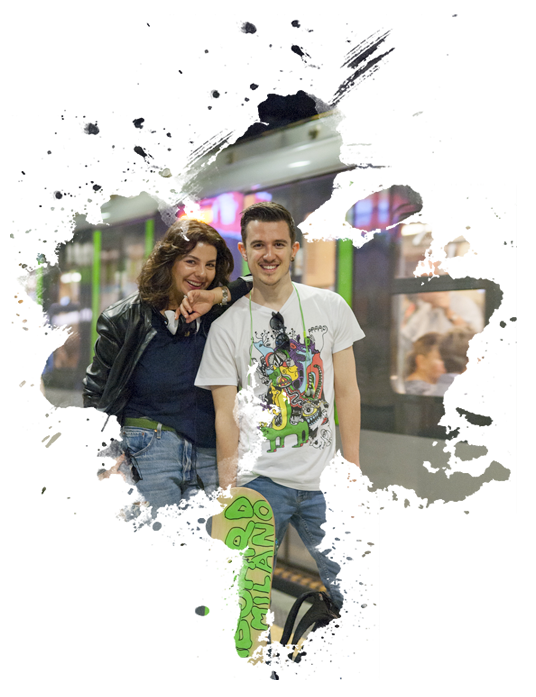 Born and bred in Turin, the city that instilled in him an absolute love for the Savoy elegance that stands out at every point in this beautiful Piedmontese capital.
Young but enterprising, over time he cultivated countless interests in various fields, such as art in its entirety, French literature, sociology and the sciences.